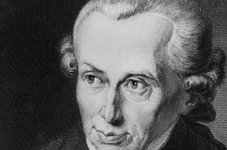 There should be a clear-cut philosophical perspective from which we can see the structure of physical law clearly. The need to find such a perspective is pressing as it is becoming apparent that the present approaches in theoretical physics are inadequate as tools to take us to the next level of understanding. The breakthroughs at the beginning of the twentieth century were associated with clear and simple philosophical ideas, all of which were epistemic in essence. The aim of this project is to walk as far as possible in this epistemic direction. Already the fathers of quantum mechanics used it to arrive at the Copenhagen interpretation. In a certain sense, though, the present approach is opposite to theirs. They wanted to understand a given physical formalism – quantum mechanics – and arrived at an epistemic interpretation. Here I start with a set of epistemic assumptions and use them to motivate the physical formalism – not only quantum mechanics, but also some other concepts and principles, such as Pauli’s exclusion principle, the gauge principle and entropy.

A preliminary account of these matters was  posted at the arXiv (arXiv:1601.00680). It should be seen as raw material for upcoming papers, as  an elaborate sketchbook that contains obscure points and errors.  Here is a presentation of the main ideas, leading to a motivation of the elements of quantum mechanics. More similar presentations will follow.

A strict epistemic approach to physics

Evolution equations from an epistemic treatment of time

Here I collect some thoughts about physics and the philosophy of science. 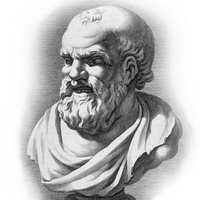 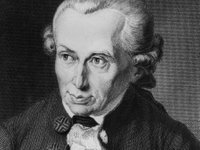 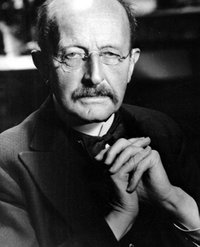 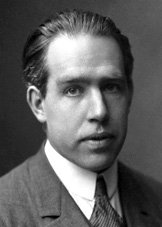 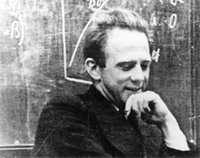 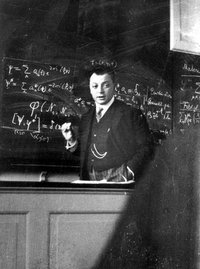 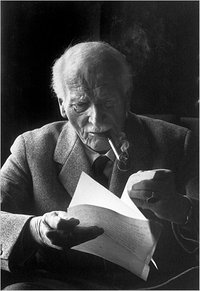 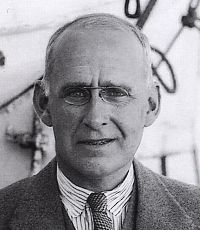 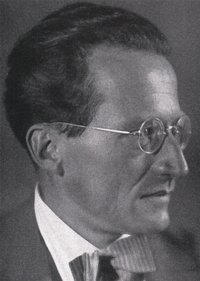 Intellect: Ostensibly there is colour, ostensibly sweetness, ostensibly bitterness, actually only atoms and the void.
Senses: Poor intellect, do you hope to defeat us while from us you borrow your evidence? Your victory is your defeat.

Democritus, in a dialogue between the intellect and the senses (fragment 125, from Galenus)

“[T]he finite magnitude of the quantum of action prevents an altogether sharp distinction being made between the phenomenon and the agency by which it is being observed."

"We meet here in a new light the old truth that in our description of nature the purpose is not to disclose the real essence of the phenomena but only to track down, so far as it is possible, relations between the manifold aspects of our experience.”

Niels Bohr, in Atomic theory and the description of nature

"We "objectivate" a statement if we claim that its content does not depend on the conditions under which it can be verified. Practical realism assumes that there are statements that can be objectivated and that in fact the largest part of our experience in daily life consists of such statements. Dogmatic realism claims that there are no statements concerning the material world that cannot be objectivated. Practical realism has always been and will always be an essential part of natural science. Dogmatic realism, however, is, as we see it now, not a necessary condition for natural science. [...] Metaphysical realism goes one step further than dogmatic realism by saying that "the things really exist."

Werner Heisenberg, in Physics and philosophy: the revolution in modern science

“[T]here remains still in the new kind of theory an objective reality, inasmuch as these theories deny any possibility for the observer to influence the results of a measurement, once the experimental arrangement is chosen. Therefore particular qualities of an individual observer do not enter the conceptual framework of the theory.”

"In that 'spiritualism' and 'materialism' are statements on Being, they represent metaphysical judgments. They are only admissible as necessary elements in the process of apperception; namely, as the labeling of categories of ideas, such as 'that is of mental (or spiritual) origin' or 'that is of physical (or material) origin.' Metaphysical judgment, however, always places an element of the psychic in an external location, thus preventing a union of Idea and Matter. Only in a third medium can the union of these two spheres take place, where both Idea and Matter are removed from their 'in and for itself being' and adapted to this third medium – namely, the psyche of the observer. Nowhere else but in the psyche of the individual can the union be completed and the essential identity of Idea and Matter be experienced and perceived. I view metaphysical judgments – forgive this heresy – as a relic of the primitive participation mystique, which forms the main stumbling block to the attainment of an individual consciuousness. What is more, metaphysical judgments lead to one-sidedness such as spiritualization or materialization, for they take a more or less large or significant part of the psyche and situate it either in Heaven or in earthly things, and then it can drag the whole person along with it, thus depriving him of this middle position."

"Theologians have the same resistance to psychologists as physicists, except that the former believe in Spirit and the latter in Matter."

"[W]e know that in the mind there are memories not in consciuosness at the moment but capable of being summoned into consciousness. We are vaguely aware that things we cannot recall are lying somewhere about and may come into mind at any moment. Consciousness is not sharply defined, but fades into subconsciousness; and beyond that we must postulate something indefinite but yet continuous with our mental nature. This I take to be the world stuff."

"[W]e cannot limit the description to the immediate data of our own spasmodic obervations. The description should include nothing that is unobservable but a great deal that is actually unobserved."

"The less stress we lay on the accident of parts of the world being known at the present era to particular minds, the more stress we must lay on the potentiality of being known to mind as a fundamental objective property of matter"

"It is difficult for the matter-of-fact physicist to accept the view that the substratum of everything is of mental character. But no one can deny that mind is the first and most direct thing in our experience, and all else is remote inference - inference either intuitive or deliberate. Probably it would never have occurred to us (as a serious hypothesis) that the world could be based  on anything else, had we not been under the impression that there was a rival stuff with a more comfortable kind of "concrete" reality - something too inert and stupid to be capable of forging an illusion. The rival turns out to be a schedule of pointer readings; and though a world of symbolic character can well be constructed from it, this is a mere shelving of the inquiry into the nature of the world of experience."

"I think we might go as far as to say that time is more typical of physical reality than matter, because it is freer from those metaphysical associations which physics disallows."

"The  principle of indeterminacy is epistemological. It reminds us once again that  the world of physics is a world contemplated from within, surveyed by appliances which are part of it and subject to its laws."

"[A] strictly quantitative science can arise from a basis which is purely qualitative. The comparability that has to be assumed axiomatically is a merely qualitative discrimination of likeness and unlikeness."

"There can be no unique probability attached to  any event or behaviour; we can only speak of 'probability in the light of certain given information', and the probability alters according to the extent of the information. It is, I think, one of the most unsatisfactory features of the new quantum theory in its present stage that it scarcely seems to recognise this fact, and leaves us to guess at the basis of information to which its probability theorems are supposed to refer."

Arthur Eddington, in The nature of the physical world

"Kant having established that the “tree in itself” is not only (as the English philosophers knew already) colourless, odourless, tasteless, and so on, but also belongs entirely to the realm of things-in-themselves which must in absolutely every respect remain inaccessible to our experience, we are in a position to declare once and for all that this thing-in-itself holds no interest for us whatever; that we are going, if necessary, to disregard it. Now, in the realm of things which do interest us, the tree presents itself just once, and we can just as well call this single datum a tree as a perception-of-a-tree – the first having the advantage of brevity. This one tree, then, is the one datum we have: it is at one and the same time the tree of physics and the tree of psychology. As we observed at an earlier point, the same elements go to make up both the Self and the external world, and in various complex forms are sometimes described as constituents of the external world – things – and sometimes as constituents of the Self – sensations, perceptions. These thinkers call this the restoration of the natural concept of the world, or the vindication of naïve realism. It does away with a whole mass of pseudo-problems, in particular the famous ignorabimus of Du Bois Reymond, of how feeling and consciousness could arise from a movement of atoms.

Erwin Schrödinger, in My view of the world